Growing up I was never much of a traveler.
When you grow up in an immigrant family, typically, your parents never have the habit of traveling for leisure, besides the regular trip back home to see their families. That was my case.

During the past few years, I have made travel a big part of my life, mostly because of my fiancée that has always been an avid traveler. Would I have made that decision on my own? Probably not. Do I regret making that decision? Definitely not.
Travelling has the magical ability to do two very important thing for you: It forces you to get out of your bubble and it gives you a different perspective of the place you call home. As an architect, having the possibility to see beyond what is in front of you every day, gives you an invaluable source of knowledge and inspiration for your work.

Many great architects have made traveling part of their lives. Think of Le Corbusier, Louis Kahn, and Siza. All of them went on soul-searching trips that would leave a very significant and positive impact on their work.
When still in school, a young Charles-Edouard Jeanneret (Corbusier) traveled throughout Europe and the Mediterranean carrying an array of drawing supplies and documenting all that he saw: classical ruins, details of interiors, vibrant landscapes.

He would then become one of the most progressive and futuristic architects of all time.

One of my greatest heroes, Khan, would change the course of his entire career after seeing the abstract monumentality of ancient ruins from Rome to Egypt. His constant search for volumetric clarity would be deeply influenced by those trips.
Alvaro Siza would refer in many occasions how the Inca stonework would impress him so much that he would then explore that same level of detail in his own work.

His travel sketchbooks of Machu Picchu are incredible and beautiful testaments of that research.

Although I was a late bloomer, travel has already had an impact on the way I think about architecture in many ways. Inevitably I started building an archive of experiences that are extremely valuable to establish concepts and visions for new projects. Those references can come from the urban qualities of a city to the smallest of details found in the craft of local building techniques.

I urge all young architects to do the same as it will give you knowledge and experience that no school or job can. It will humble you and empower you. It will make you understand your place on this earth and it will give you direction.

“The sun did not know how beautiful its light was until it was reflected off this building.”
Louis L. Kahn 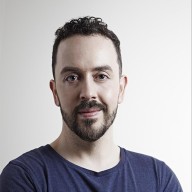 Join the discussion and tell us your opinion.

Bravo Eric! There is so much in your writing that I didn’t know about you. Like you, having had my own firm was indeed a very humbling experience. Travel as much as you can before other really important projects (like kids) come up. Cheers!

Ericreply
– In reply to: Emanuel Resendes

Thank you, Emanuel.
That is very true… Hopefully, I can include them in some of my adventures!

Hello Eric
Thank you for sharing this.
Here i am Nitin verma student of M.Des Space design, India. I am witting my dissertation on ” Trave – a critical tool for becoming an evolve designer. it would be a great help in research if you can share your experience with me.
Thankyou

Ericreply
– In reply to: Nitin

Thanks for you message, Nitin. Happy to help!